The Israel advocacy ‘David Project’s’ primer on Israeli settlements, aimed at campus activists, avoids inflammatory language, but it cannot escape the glaring conclusion: Settlement policy is Israel’s Achilles heel, and no amount of discussion and review will make it more convincing, either on campus or outside. 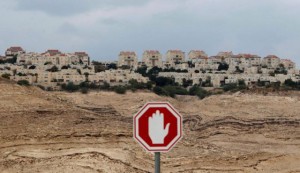 Finally, a serious effort has been made to offer college students a compelling explanation of Israel’s settlement policy. To be sure, it did not succeed, but it was an effort worth making, if only to demonstrate just how vulnerable Israel is on the settlement issue.

“Understanding The Settlements: A Primer” was recently produced by The David Project, a Boston-based, pro-Israel advocacy group that prepares Jewish students and others to make Israel’s case on campus. Founded in 2002, The David Project is a serious organization and an effective one—and one that has garnered much praise over the years for its centrist approach and its high-quality curricula, educational materials, and leadership programs.

“Understanding the Settlements” was issued following the uproar over Israel’s decision last November to build in the West Bank area known as E-1, although it was probably prepared well before. While I am not privy to their deliberations, I am sure that leaders of the David Project were fully aware of what everyone who has spent time on campus knows: A meaningful defense of Israel cannot be made without real answers on the settlement question. On campus, evasions don’t work (“the real problem is Palestinian rejectionism”), religious arguments don’t work (“we are talking about the spiritual and historical homeland of the Jewish people”), and emotional appeals don’t work (“stop scapegoating Israeli settlements”). There are simply too many well-prepared people—both responsible critics and true Israel haters and delegitimizers—who know the uncomfortable facts about settlement activity and demand that the subject be confronted head-on.

The David Project does this with its primer, a carefully-worded 11-page document that reviews the history and geography of settlement and surveys the current state of the settlement movement. It avoids inflammatory language and sweeping generalizations and summarizes concisely Israel’s side of the settlement debate. At the same time, it does not skirt the often devastating realities of the settlements. Its conclusion (offered without much conviction, it seems to me) is that “the settlements are not a monolithic entity and cannot be viewed as such.” The report calls for more learning and “meaningful conversations.”

Well, yes. Who can argue with that?

Still, the leaders of the David Project should be applauded. Their cautious, scrupulously fair review is a model of truth-telling and balance on a difficult, emotional topic. But let us not delude ourselves. Those who may read it—and I would advise everyone to read it—are not going to conclude that what is needed is more discussion. They are going to conclude that Israel’s settlement policy is a disaster.

And the reason is that the facts of the report speak for themselves. For all its care about context, the document informs us that religious settlers are devoted to the Land of Israel and not necessarily to the State of Israel; that they build new outposts regardless of security concerns or legality; that their religious beliefs take precedence over the needs of a democratic state; that the State of Israel has not kept its pledge to the United States to dismantle illegal outposts; that the population of settlements continues to grow; and on and on and on.

This is the simple, brutal reality: Settlement policy is Israel’s Achilles heel. As we see from this report, it cannot be explained to those outside of Israel for the same reasons that for 45 years, Israelis have been unable to explain it to themselves. And it is not only those in on the center and left who understand this. Israel’s national security adviser, Yaakov Amidror, has recently warned Prime Minister Netanyahu that it has become impossible to win approval for Israel’s settlement policy anywhere in the West.

One would hope, therefore, that when Israel’s new government is formed in the next few weeks, it will take Mr. Amidror’s warning to heart and adopt a settlement policy that is both sensible and defensible. And, whether it does so or not, the wisest course for Israel’s advocates on campus is to say what almost any reader of the David Project report is sure to say: Israel’s settlement policy must be corrected—and soon, before it is too late. With that behind them, campus champions of the Jewish state can turn to other matters that urgently require their attention: Palestinian divisions and rejectionism, the threat of a nuclear Iran, the potential for chaos in Syria, and the dangers and uncertainties from Egypt and Gaza. These are all difficult issues but also critical ones, and unlike settlements in one major way: These are issues on which the state of Israel has a convincing case.

Rabbi Eric H. Yoffie served as president of the Union for Reform Judaism from 1996 to 2012. He is now a writer, lecturer, and teacher, and lives with his family in Westfield, New Jersey.