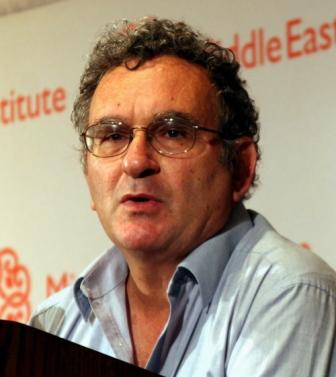 I and everyone else have had the chance to opine on Newt Gingrich’s comment that the Palestinians are an “invented” people. Still, I felt that Benny Morris could provide a unique perspective. Morris is one of the leading lights of the so-called New Historians, a group of Israelis who a couple of decades ago radically revised the understanding of the Israeli War of Independence, uncovering the full extent of the Palestinians’ plight, including the Jewish expulsion of Palestinians living in what is now Israel (Morris’ seminal book is The Birth of the Palestinian Refugee Problem). A man of the left (he says; some would disagree), he supports a two-state solution but more recently Morris has blamed the failure of the peace process largely on Arab intransigence. I spoke with him yesterday over the phone (he lives in Israel) about the historical basis and political uses of Gingrich’s rhetoric.

Here’s what Newt Gingrich said last week: “Remember there was no Palestine as a state. It was part of the Ottoman Empire. And I think that we’ve had an invented Palestinian people, who are in fact Arabs, and were historically part of the Arab community. And they had a chance to go many places.” How do you respond to that? There’s something to it historically, and there’s a problem with it politically and contemporaneously. Groups of people change. Before 1920, the Arabs in Palestine didn’t call themselves Palestinians, and didn’t consider themselves a separate people. They were Muslims. They were inhabitants of Jerusalem, or Hebron. They were Arabs.

Beginning in the 1920s, they took on an additional identity, which became their primary identity. By the late 1930s, they saw themselves as being Palestinians—historians may disagree on the exact point. But from the early 1920s on, they began thinking of themselves as an Arab people separate from the Arab people of Transjordan or Syria.

Today, a group of people define themselves as a people, and that’s really what counts. If ten million say, “We are Palestinians,” that’s the major definition of a people, in addition to language, common culture, common history. Who is Newt Gingrich to really argue about it?

But he has a certain truth historically. For a long time, even after the beginning of the struggle with the Zionists, they were just Arabs. There was no province called Palestine in the Ottoman Empire. Palestine was cut up into a number of sub-districts which belonged to Damascus or Beirut. There was never a separate administrative entity.

Did they, as Gingrich alleges, have a chance to go many places? I think he is referring to the Palestinian refugees of 1947-48. I don’t know what that means, I don’t want to speculate. Could they have gone to the Arab states and settled there? They could have, but the Arab states didn’t treat them as equals. Syria didn’t. Jordan didn’t in relation to the Bedouins who had always been there. If he’s talking about that, yes, the Arab states could have absorbed them, but they didn’t, and the Palestinians didn’t want to be absorbed, and Israel didn’t want to take them back, so they ended up in a limbo called refugeedom.

Some pointed to the historian Joan Peters as the source of Gingrich’s history. She wrote a book, From Time Immemorial, but it was actually panned by most critics, most historians thought it wasn’t solid history. It was written with a political bent. It’s not based on good archival work, good analysis. It’s not taken seriously by most historians.

Look, there were Arabs who migrated into Palestine (this is part of her argument). Palestine became more habitable, and Arabs immigrated in certain numbers. But I think the numbers are negligible. I don’t think any serious demographer thinks most of the Palestinians were recent comers.

Given the validity of Palestinian peoplehood, do the Palestinians have a greater right to the land than the Israelis do? A lesser one? An equal one? People who live on the land—and nobody questions that many of them lived on the land—have a right to live there. And usually that right is followed by the right of sovereignty—that’s how the world is built. And the Jews have the right as well of being here—historical reasons. And the Jews also live here, which gives them the same right. Right of presence.

What do you make of the Republicans’ discourse on the issue, and the Americans’ generally? I’m don’t know much about the discourse. Look, George Bush said it’s right that there should be a Palestinian state. Obama’s adopted that. Clinton implied it. It makes sense that the land should be divided into two sovereign states. My belief is that Arabs don’t want that, and that’s why it hasn’t happened.

Have you ever met any of the Republican presidential candidates, or President Obama? I haven’t met any of them. I’ve never had the pleasure of meeting any of these characters.