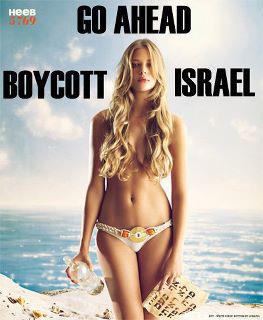 Next weekend, the University of Pennsylvania will host the second national BDS conference, an event that will advocate for the “growing global campaign to boycott, divest from and sanction (BDS) the State of Israel.” Last April, Omar Barghouti, a leader and spokesperson of this campaign, spoke at Harvard. He insisted that anyone wanting to learn more about the fundamental tenets of BDS should read his recently released book, aptly titled “Boycott, Divestment, Sanctions.”

So I followed his advice—I bought a copy of Barghouti’s book and read it from cover to cover. He writes some things in this work about the aims of BDS that lead me to believe that the movement is being far from forthright about its ultimate goals.

The Penn conference states that the purpose of the global BDS campaign is to isolate Israel economically “until it complies with its obligations under international and human rights law.” Understanding this to mean ending the Israeli occupation and fostering a viable Palestinian state in the West Bank and Gaza, a number of Zionists—that is, individuals who believe in the Jewish state’s right to exist—have either joined the BDS Call or implicitly sanctioned it. Two years ago in the Los Angeles Times, for example, an Israeli professor insisted that he supports BDS because it is “the only way to save his country.” Jewish Voice for Peace, an organization composed of both “Zionists [and] anti-Zionists,” considers itself “proud to be a part of the BDS movement.” Last year, J Street, an American liberal Zionist organization, held a panel at their national conference on the efficacy of this movement’s tactics “as a means to end the occupation.” Although J Street does not endorse the BDS movement, J Street’s president describes it in his book as a group of “activists who seek to raise pressure…against Israel to end the occupation.”

Clearly, these individuals have not read Barghouti’s work.

“A few Israeli and international activists have a tendency to make the [BDS] struggle Israel-centric, arguing that ending the occupation is good for Israel, above everything else,” Barghouti writes. “We totally reject that ‘save Israeli apartheid’ view.” He goes on to say that although BDS should coalesce with diverse political forces, “caution should be exercised in alliances with ‘soft’ Zionists, lest they assume the leadership of the BDS movement in the West, lowering the ceiling of its demands beyond recognition.”

So what, then, are BDS’s demands? Although Barghouti insists that BDS is neutral on the debate about a one-state versus two-state solution, even a cursory glance at Barghouti’s book reveals that this movement considers the existence of a Jewish state in the region patently unacceptable. For example, Barghouti explains that his movement cannot ally with Israeli peace groups, because even “the most radical Israeli ‘Zionist-left’ figures and groups are still Zionist, adhering to the racist principles of Zionism” that “maintain Israel’s character as a colonial, ethnocentric, apartheid state,” which BDS seeks to dismantle.

If the BDS movement were more open about its aims to purge the Jewish state from the Middle East—rather than just end some of its policies—I could have written an op-ed decrying the movement for its distortion of international law rather than its duplicity. I could have asked, for example, how the movement could possibly believe that a liberal democracy cannot have an ethnic identity when democracies across Eastern Europe—including members of the European Union like Finland, Slovenia and Germany—explicitly privilege one ethnicity over others in areas like immigration and culture. I could have also noted how odd it is that the movement vocally opposes the ethnic nature of the Jewish state, yet says nothing about the myriad Arab states that surround it.

But the BDS movement hides its ultimate goal of dismantling the Jewish state behind its public rhetoric. As a result, it has co-opted numerous individuals—and quite possibly donors—who desire to see both a Jewish and Palestinian state flourish into supporting its campaign. Although some members of the movement might actually support the Jewish state’s continued existence, as Barghouti makes abundantly clear, the Palestinian BDS National Committee—the “reference and guiding force for the global BDS movement”—cannot do so under any circumstances.

So because this movement will not broadcast its ultimate aims loud enough, I will do it for them. If you support the BDS movement, you are supporting an organization that is actively working to undermine the Jewish state. Utilizing the vocabulary of international norms, the movement actually systematically attempts to undermine the international consensus that recognizes Israel’s right to exist as a Jewish state. And if you support this right—regardless of your politics, regardless of your stance on the occupation, and regardless of your feelings towards the current Israeli right-wing government—then there is only one moral option. Boycott the BDS movement.