Ami and Joe: two great men have left us

We mourn the passing of Joe Hochstein, who died this June 26, and of Ami Isseroff, who died only a few days later, on June 29.

Ami was the guy who set up MidEast Web in 2000 and Zionism and Israel Information Center in 2005, and their associated Yahoo news and discussion groups, and Joe has been a co-moderator for most of this time. The goal of MidEast Web was to bring Jews and Arabs together and to work on mutual understanding; the goal of Zionism and Israel Info Center was to defend the legitimacy of Israel and Zionism.

Both men were born in the United States and made aliyah, Ami in the 1960s and Joe in the 1980s. Both were firm believers in Israel and in the quest for peace in the Middle East, and came to pursue their dreams and to help make the country a better place.

Ami started out working on a kibbutz in the late 1960s to bring his socialist ideas into practice, but after a while became frustrated with the lack of intellectual challenge; after a day’s hard work in the fields, his fellow kibbutzniks were not inclined to engage in discussions on socialist and Zionist ideals and the state of the world. So Ami went on to study psychology and achieved a doctorate, met his wife and started a family. He eventually got a job at the Weizmann Institute in Rehovot as a very skilled computer programmer, and a nighttime career as an internet activist and a very illuminating thinker and productive writer on the web, inspiring many with his views on the Arab-Israeli conflict. 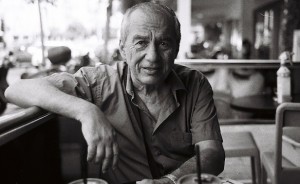 Joe already had a career behind him as an established journalist and publisher of the award-winning Washington-based newspaper The Jewish Week, when, as a widower with three children, he came to Israel in 1983, realizing a long-held dream. Then Joe’s son Marcus, who had made aliyah before him, was killed in an ambush by Hezbollah in Lebanon in 1985. Despite this, in a memorial ceremony in 1986 Joe expressed his and others’ commitment to Israel: “Jewish history is being made today, here in Israel. Our loved ones played their role in it; we can give it further meaning.” Joe himself survived an Islamic Jihad suicide bombing in Tel Aviv in 1996.

In the 1990s, during the Oslo peace process, Ami became involved in Jewish-Arab dialog and peace activities. In 1998 he started the PEACE group together with Jordanian Ameen Hannoun, and soon they recruited dozens of participants. Next to dialogue meetings, they started several projects on the rapidly expanding worldwide web, like the Peace Dialogue site and the PeaceWatch column; the latter was hosted on fellow peace activist Robert Rosenberg’s Ariga website and was maintained by Ami until 2007.
In August 2000, initiator Yehoshua Zamir, Hope Flowers school founder Hussein Issa, Ami and many others launched MidEast Web for Coexistence, “an NGO for advancing education for coexistence and dialogue in the Middle East”. Ami as webmaster filled the website almost singlehandedly with an impressive number of background articles, documents and insightful analyses about the Israeli-Arab conflict. His remarkable intellect, productivity and passion are evident throughout these pages.

In December 2000 they started the MEW Dialog Yahoo group, followed in January 2001 by the MEW News group and in October 2002 by the MEW Background group. In December 2002 they added the Middle East Web Log on MidEast Web. By then, Joseph Hochstein had joined the website and e-mail groups, bringing his knowledge, thoughtfulness and many years of experience as a publisher and editor to MidEast Web, mostly providing quiet advice in the background, pointing out important facts and viewpoints and setting straight historical errors.

When the hope for a solution to the conflict dwindled during the second intifada, many lost their faith in the MidEast Web project and drifted away. Ami, Joe and a handful of others remained active, but Ami recognized the dangers of the increasing international campaigns to delegitimize Israel and Zionism. In 2005, after helping to set up Zionism on the Web, he started another major website, Zionism and Israel Information Center, and new affiliated Yahoo groups to defend Zionism and Israel against these vicious attacks. He recruited us and later Joe Hochstein to aid in this effort. 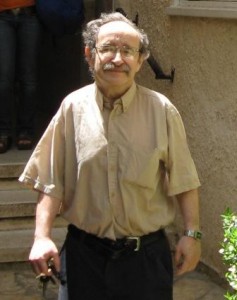 On “ZIIC” Ami repeated his amazing MidEast Web work and wrote article after article about all aspects of Zionism and its history and meaning, making it one of the best and comprehensive websites on the subject. He started the ZioNation blog to provide his comments and invited others to join, and offered Ratna a separate blog in Dutch.

Although their characters were quite different, Joe and Ami highly respected each other’s work and benefited from each other’s knowledge and insights. They co-authored the blog Israel Like This As If for some years, where especially Joe placed stories about his everyday experiences living in Tel Aviv.

What was very special about both Ami and Joe is that they combined their Zionism and love for Israel with a progressive viewpoint and the quest for peace and understanding of the other side. Unlike many peace activists they, especially Ami, were staunch defenders of Israel and its right to exist and defend itself, but unlike many pro-Israel activists they never lost the will and hope to reach peace with the Palestinians and Arabs. Both men came from the political left and remained faithful to these basic views, Joe also being active for the Tel Aviv chapter of Meretz.

They also shared an eagerness to unravel the facts behind media reports and claims from both sides in the conflict. The truth was the basis for all positions, even if inconvenient for Israel, like what happened in Deir Yassin, which got Ami a lot of angry responses from other Zionists. They were not blind to Israel’s own faults, but neither to the many faults of the Palestinian leadership, which was ultimately unwilling to really compromise for peace.

As for us personally, Joe and Ami were our first friends in Israel, and we visited them every time we were there in the last six years. MidEast Web, Zionism Israel Info Center and their news and discussion groups were what got us involved with the country and the conflict. They taught us much of what we know about Israel and the conflict.

As educated men they were interested in and well informed of a wide variety of subjects, from history to culture, from philosophy to nature. There was always plenty to talk about and to learn from them, and to enjoy. We remember Ami also for his humor, his and his wife Ruth’s hospitality, and Joe for the dinners at his place or sharing a good falafel in the streets of Tel Aviv.
We will sorely miss them both, personally and as political allies and guides. Israel won’t be the same without these friends.

Ami’s family has indicated that donations to commemorate Ami are welcome to any hospital in Israel. Rehovot’s Kaplan Medical Center has an American Friends group and can be contacted at amuta_kp@clalit.org.il

Original content is Copyright by the authors 2011. Posted at ZioNation-Zionism and Israel Web Log, http://www.zionism-israel.com/log/archives/00000760.html. Please forward by e-mail with this notice, cite this article and link to it. Other uses by permission only.

This entry was posted in Ami Isseroff. Bookmark the permalink.